When one retaining wall is constructed above another retaining wall, the two walls together are called a Tiered Wall System.  Tiered walls look like this: 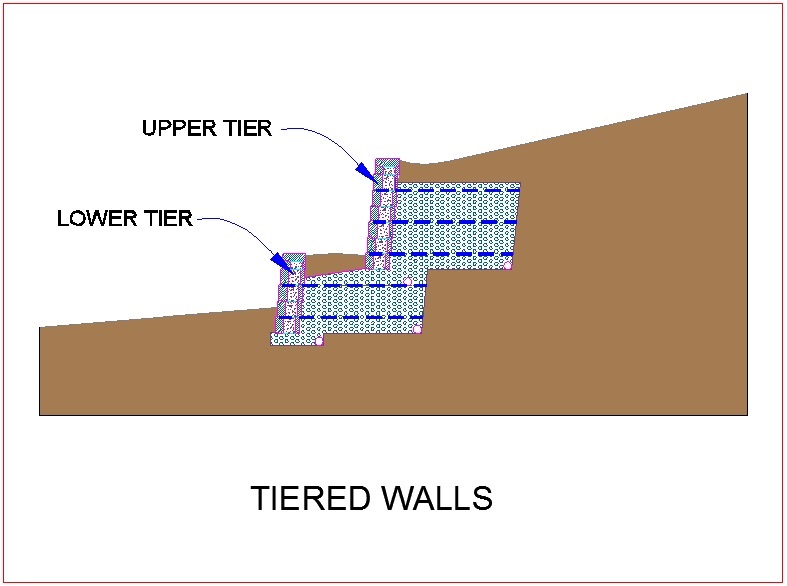 When dealing with tiered walls, a retaining wall contractor will ask: 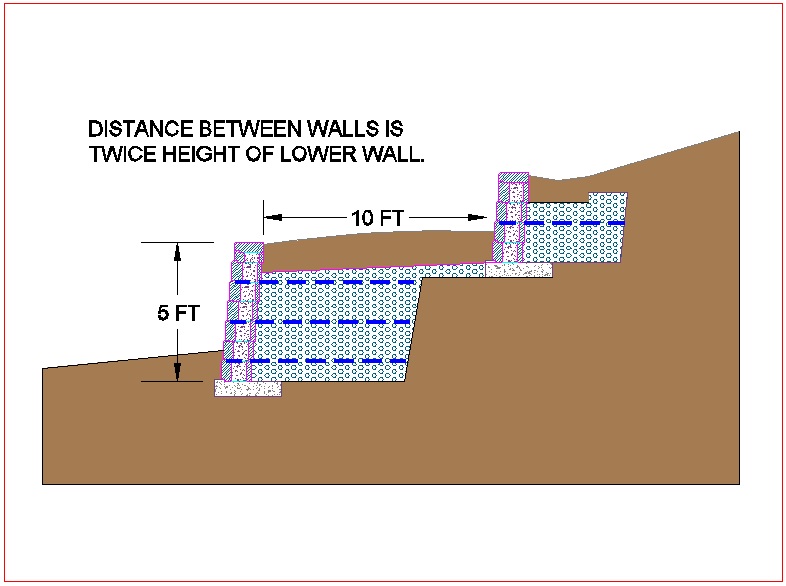 Question: Can the Lower Wall be specially designed for the surcharge of the Upper Wall?  Answer: Yes, definitely!  A retaining wall engineer can design the Lower Wall for the surcharge load applied by the Upper Wall.  In the NCMA* Design Manual (2010, Third Ed.) use Figure 5-6, “Surcharge Approximation for Tiered Walls”.Question: Can I have a single wall that “splits” apart, with the bottom half curving away from the top half?  Yes!  Retaining wall contractors and engineers have become very creative, with splitting (or merging) walls.  The most important thing to remember is that you must provide support below the upper blocks when the upper part of the wall curves away from the lower part of the wall!  See this sketch for a concept drawing of burying blocks to support that upper wall: 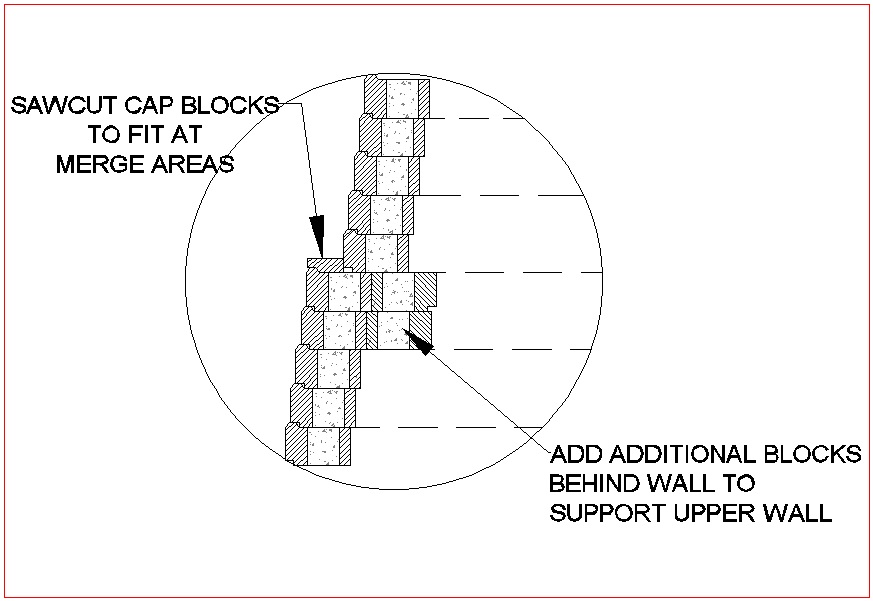 Remember, tiered walls can be a beautiful way to improve a retaining wall design and layout.  But the tiers have to be designed properly to be structurally sound.

Obviously, retaining wall design involves contracts.  These contracts between the Engineer and the Client are important.  Does the contract benefit both parties?  Is using contracts a win-win?

Contracts are important to:

A good contract fairly allocates reasonable risk to both parties, based on the benefits of the project to each party.

Here’s an example of fair allocation of reasonable risk:  when the contract includes a Limitation of Liability for the Engineer.  Why, you might ask, am I limiting the Engineer’s liability and how is that fair?

Sounds fair to me.  What do you think? 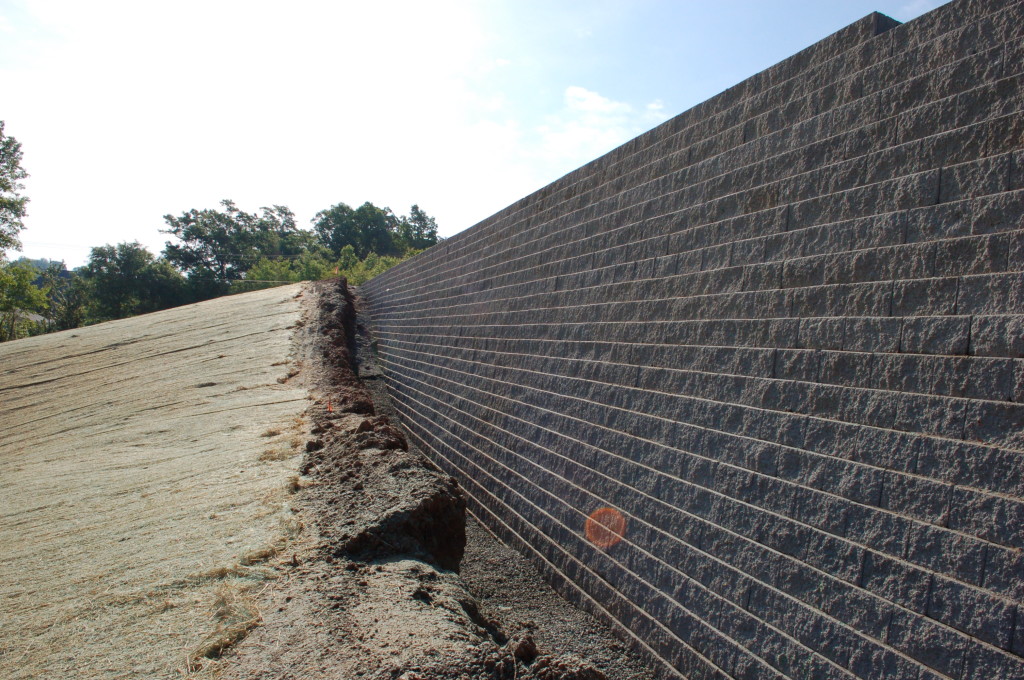